You Can't Always Get What You Want

If you have not figured it out by now, I spend a lot of time watching Bald Eagles. The pair that nest on the creek near by are seldom "up close". That along with the weather I can see them far more often then I can "observe" them.

Last January the Salmon run was in full swing. Plenty of salmon had slipped past the gauntlet of nets across the mouth of the creek. The Eagles had caught so many of them by this point the shoreline was spotted with gulls and ducks eating the leftovers from the days before.

I never saw the Eagle coming (neither did the salmon) but I sure did hear it hit.

The water in front of me exploded as an eagle that had silently made it's decision on which fish looked best, left it's perch high above and skillfully made it's approach on it's unsuspecting prey. The glide and snatch did not happen quite as the eagle had planned. The fish was a little bigger then it had appeared from that high perch. The talons sunk deep in to the head of the salmon and as the eagle followed through the salmon did not come out of the water and the eagle went in.

I brought the camera up to my eye as the eagle jumped clear of the water. The auto focus took forever to decide what it was going to do, by then the eagle had gotten this far... 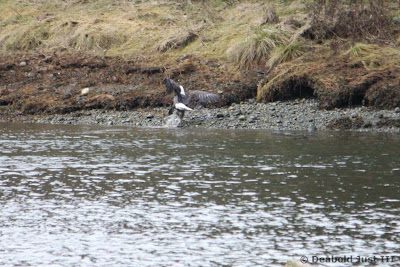 The salmon was thrashing violently and the eagle was flapping it's wings wildly trying to keep it's balance as well as it's grip on the fish's head. 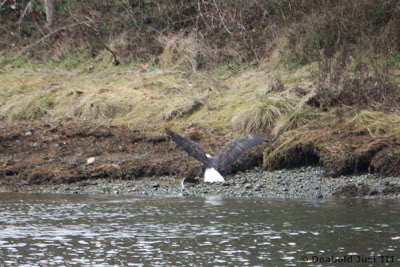 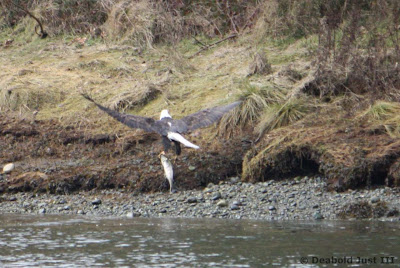 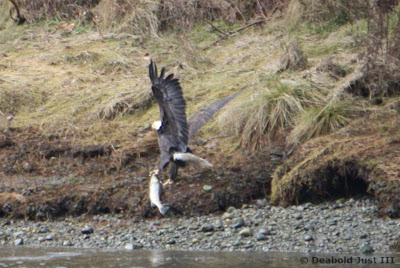 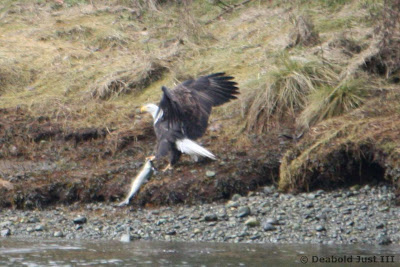 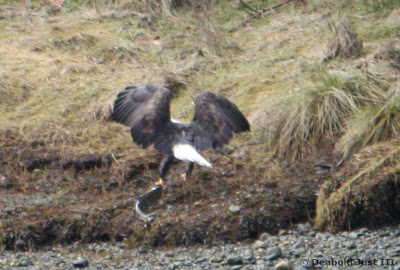 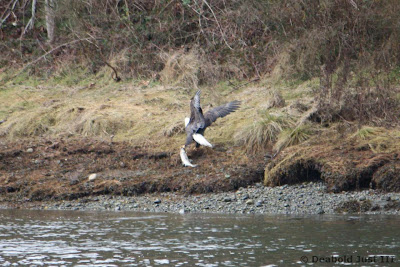 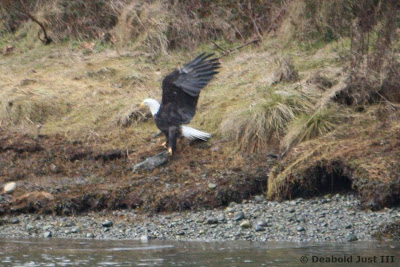 The struggle up to this point has only been two or three seconds since leaving the water and it looks as if the eagle thinks it can take a breather. The fish was losing momentum and a calm fell over the two of them. 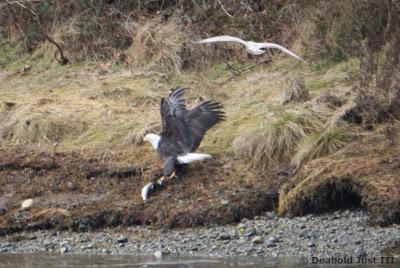 The commotion had already begun to attract the scavengers. Even with all of the partially eaten fish along the water's edge everyone would like fresh fish if they can get it. 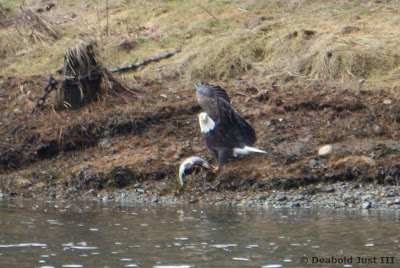 The moment of stillness was broken by the fish. It began a series of even more violet and directed thrashes that incrementally drug the eagle down the slippery slope to the water. 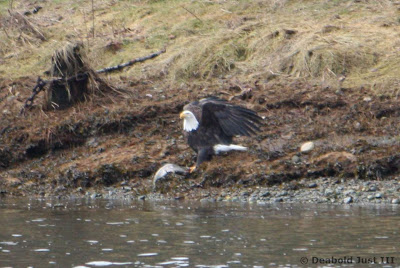 The eagle saw the water coming and fought the fish to a second standstill. 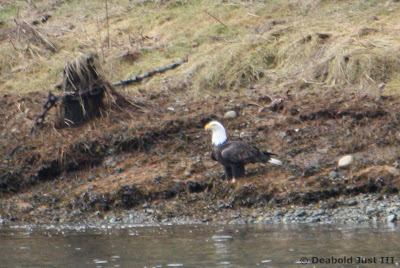 One last burst of energy on the fish's part and a reality check for the eagle and it was over. The eagle stood there. It was very quite, the gulls that had begun to swarm noisily melted away silently. 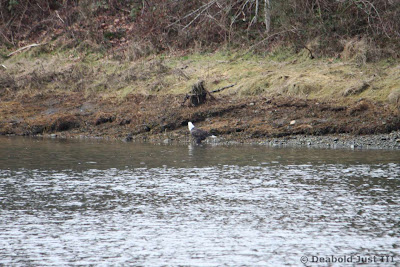 After a brief rest the wet and tired eagle walked in to the water and stood there for a few seconds scanning all around as well as it's own feet. Then with out a sound it took off and flew back to it's high perch to recover. 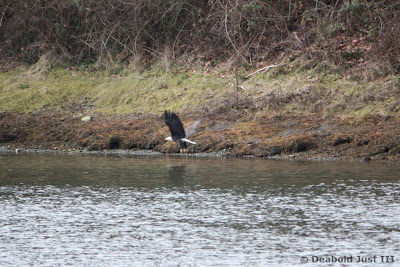 I made my way back to the car and lit it up. The radio came on.

I am sure we can all agree the eagle never heard of the Rolling Stones but how poetic is that?

Posted by birdmandea at 7:19 PM