Several weeks ago the fresh water side of a small dam near by was stocked with young fish. I will apologize right now, I can not recall if these are real young salmon or a young trout. I drifted away from fishing many years ago as the costs were going up and the fisheries were going down. This entry is another reason why I may not fish again. 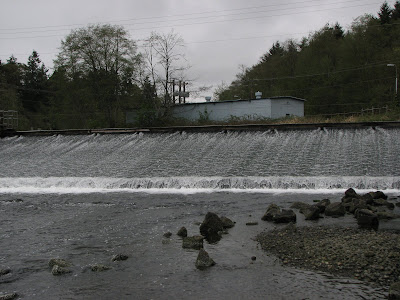 When the state delivers fish from the hatchery it is rather unceremonious. A large truck with a cylinder of liquid oxygen tank feeds a pipe bubbling in the tank keep to keep the water cold and well oxygenated brings them to their destiny. Both of these are critical just to insure survival to the release point. The truck backs up to the shore, a valve is opened and their world changes forever. Fish that up to this point that have only seen the inside of plastic or concrete tanks are flushed into an alien world filled with mud, plants and predators they could not imagine.

In the first few days after the release there is normally a die off of the fish suffering from the shock of the ordeal. In the hatchery they were fed high protein food that may have been medicated to keep them healthy enough to get to the release point. They are fat, they have to be, it may take a few days for them to figure out how to eat wild caught food. Those that survive the initial “dump” maybe dazed and wander along the surface as they did while in the safety of the hatchery. This is when the carnage begins.

Every fish eating predator “knows” when this happens. It happens every year. Before the hatcheries got involved this was normal timing for the young fish to make their way to the ocean. The only difference is the attrition rate suffered during this period of adjustment. One could say the trade off is acceptable because the fish are well fed and may be given a head start with medication making them stronger then wild stock at the same period development. The sad downside of this is that the hatchery fish are not born of the strongest parents. They are born of the fish caught in traps at the fish ladder and stripped of eggs and semen. Only the eggs and the young that can survive the conditions of the hatchery move on to release. This has to have some impact on genetic diversity by any measure it is not a good one. Do not get me wrong, what else can “they” do?

Back to the story. We have had a cold April. The water conditions seem good and there were a few warm days that did produce the hatchings of small insects that fly close to the surface of the water. The young fish jump out of the water to feed on them. This activity draws the predators closer.

This small water way is roughly 900 feet long and 150-200 feet wide. It is lined by thick mixed woods on both sides with a busy road and sewage treatment plant on the west side. The road crosses the fresh water side which creates a small pond no more than 20 feet deep before it spills into the tidal exchange that leads to the Puget Sound just under a mile away. Over several visits the greatest number of Bald Eagles I saw there at one time was eight, normal visits had three to six on any give day. Scores of Double Crested Cormorants, Great Blue Herons, Common Mergansers and Gulls worked the area over hourly. 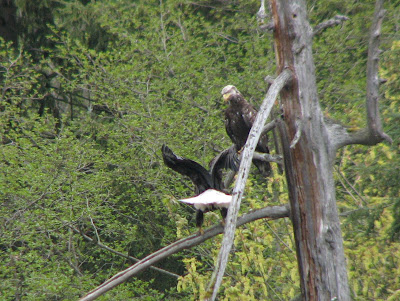 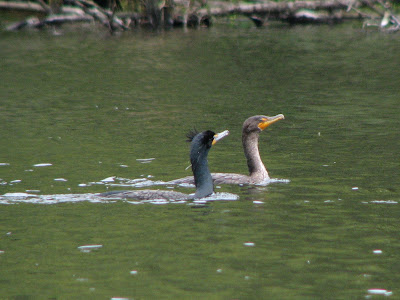 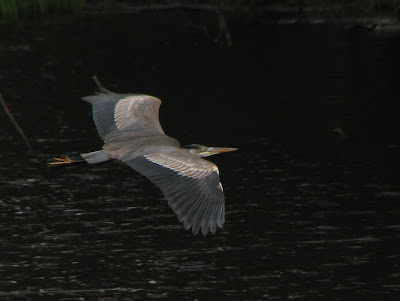 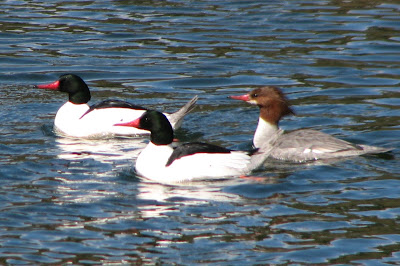 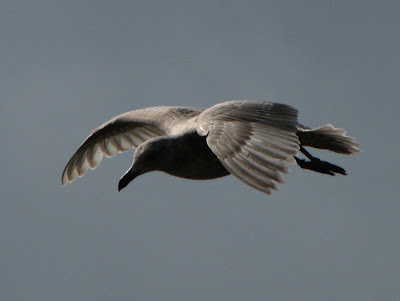 A friend told me he had seen a River Otter and I found a dead mink on the bridge. 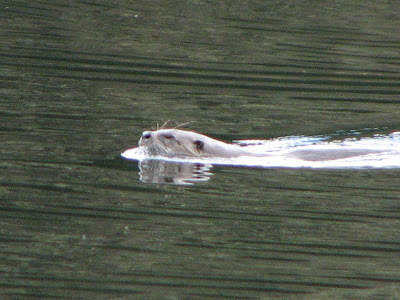 This River Otter picture I took at a near by lake not here. 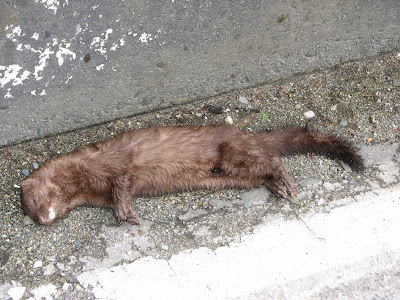 Cars and Mink do not play well together.
Plenty of pressure on the young fish. While I was there one day two young guys showed up with fishing poles. The next day the game warden posted several signs reminding anglers that this water way was closed until sometime in June.
While walking the edge of the water this day I came upon a dead fish. 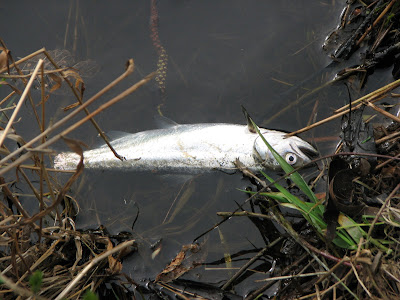 There were five Eagles within 100 yards. I took a stick and pulled the fish within reach and found a good spot to sit and set my “trap”.
I threw the fish out as far as I could upstream and let it slowly drift past my selected location. 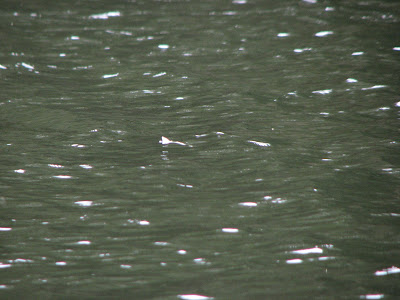 Was this illegal? Was this ethical? Was this just to good to be true? This was an opportunity that was hard to pass up!
Only six minutes passed from finding the fish to the first eagle passing twenty feet over my head from behind. Suddenly there were eagles all over the place jockeying for the approach vector that would get them to the fish first. I quickly took the lens extender off my Cannon S3IS and pick the one that I though would have the best chance at picking off the fish and started taking picture as fast as the SD card would take them. 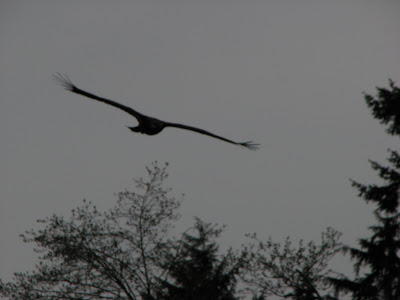 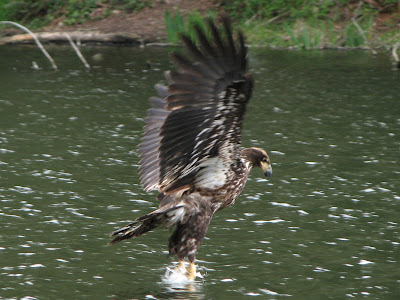 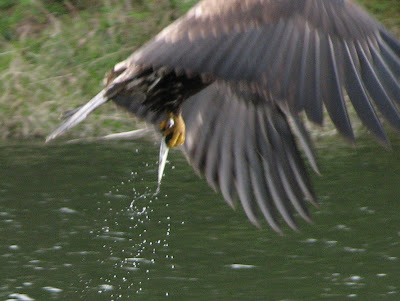 
The fish was gone but the sky was filling up fast. 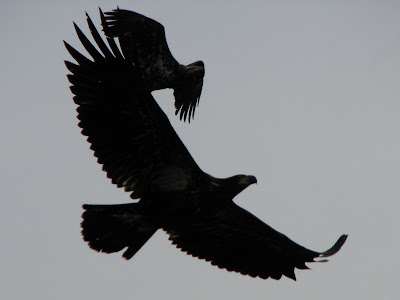 but not fast enough for fish.

The losers started screaming but it was too late, the victor was gone and everything was quiet in a few moments.
So if I was wrong, I was wrong. If I could do it again I would.
The fish released this month will be back in four years to start the cycle all over again. They will have to overcome Seals, Sea Lions, Killer whales, fishing fleets, Native and sport fishermen. Then there is the whole global warming thing that we as a world just can not seem to wrap our minds around. Some of these same eagles will be here to feed on those young fish four years from now along side their own offspring.

So the next time you hear someone bitch about the price of wild caught salmon or question the health benefits of farm raised fish, think about the greater web of life we tinker with when we impose our way on the world. Solutions are becoming harder to come by.

hummingbird in the garden said...

How beautiful this blog is