Last year I posted a blog entry on a Red Tailed Hawk pair that were courting high over my house.
http://birdmandea.blogspot.com/2008/04/red-tailed-hawk-courtship-flight.html

They are back again this spring, BUT things are not going as well as last year. The female was doing slow orbits yesterday when she screamed and moved off to the South. The male appeared and immediately took an aggressive posture and stooped her.

Here is what the camera captured. 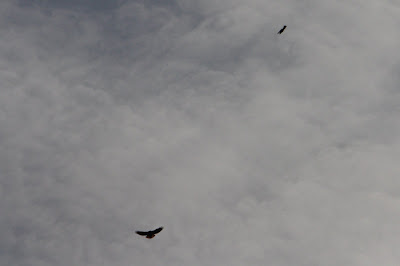 The male hawk approached from above and with out any warning he folded his wings in and dropped at a high rate of speed. My camera takes about three pictures per second. Look at the tree in the following photos as a reference for a comparison of the distance and speed traveled. You can also see the size difference between the two birds. It is deceptive though due to the wing posture of the male. By closing his wings in close to his body he gains incredible speed in a very sort distance. 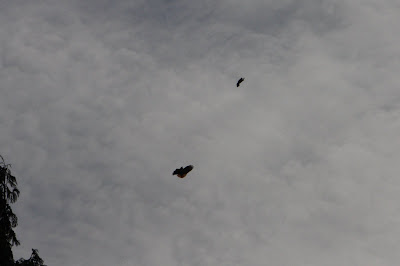 The female hawk starts to flip her talons upward to ward off the attack. 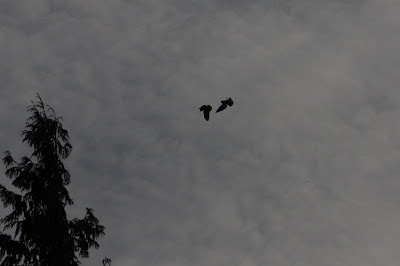 Flipping all the way on to her back she has lost all areal dynamic stability and speed. I could not tell if he actually struck her or if it was just a near miss. 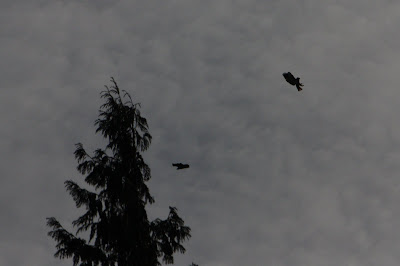 In a complete stall she lowers he legs to regain forward air speed and stability. 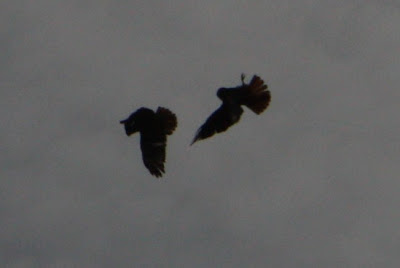 Here is a close up of the "strike". 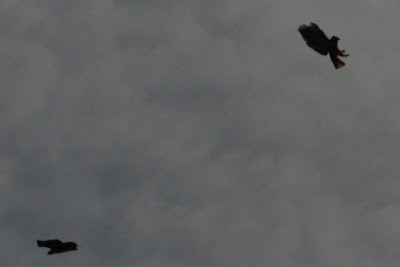 Here is a close up of the recovery maneuver.

I doubt that he really wanted to hurt her or her him. I think this is all part of the courtship "dance". With each encounter like this they will size up each others skills and health to determine if the other is a suitable candidate for mating.

This whole encounter took place in less than three seconds. 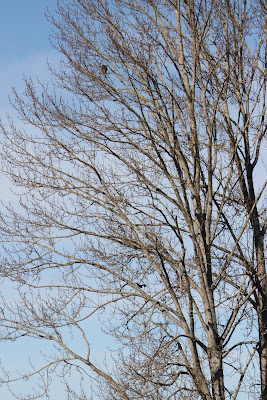 Last week they were sitting in a tree together and everything seemed to be fine. I am sure all will work out as it should. 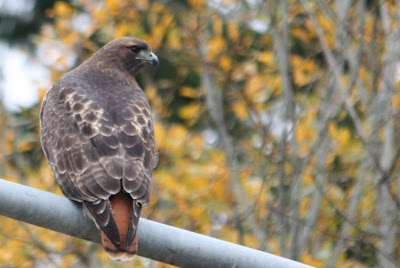 This is a close up of the female hawk. I have not been able to get close to the male yet.

I will keep you posted.
Posted by birdmandea at 9:16 AM