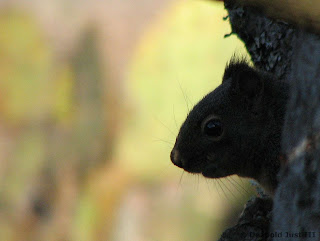 In the past I had introduced you to Red.
He was the antagonist in my blog entry titled;  Red, Phoebe and Lister. I wrote it in September, 2008.
http://birdmandea.blogspot.com/2008/09/red-pheobe-and-lister.html
Anyway...  Two years have passsed since then and things have steadily escalated as the trio have aged. All three have grown to maturity. All three have determined what they feel is "their" territory. All three have strong feelings about having unwanted intruders in said territories.
Too cliche? Too predictable?
All  three have become little butts. 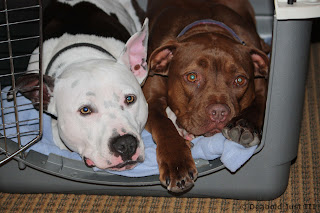 They may look sweet and innocent after a long work out at the beach but at a moment notice they will launch out the door to defend their sacred territory. 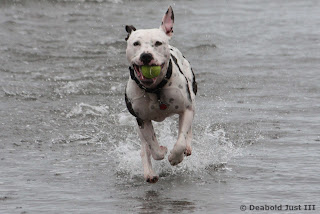 Lister has grown into a sixty-five pound "bag of meat". Muscle, bone and fast. Lister  is always serious, neurotic and looking for something to eat.  Come on, if you were Red wouldn't  the sight of Lister looking like this bearing down on you not make you think twice about taunting him? Red, what are you thinking? 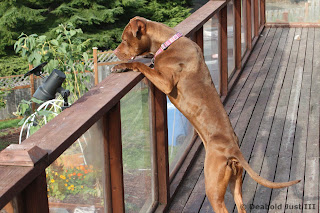 Phoebe is right there with Lister weighing in at dainty sixty-two pounds. She is more playful and a true Alpha dog.   She is a red dog. If you have never owned a red dog you will not know what I mean.
(She is three biscuits short of a treat box.)

What is she looking at you may ask? 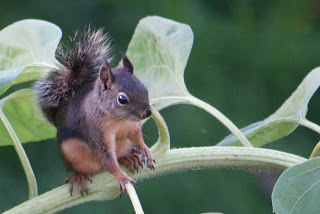 
So, with all of this "dog power" at my disposal you would think my yard would be a little more secure.
Yet, Red is running amuck. 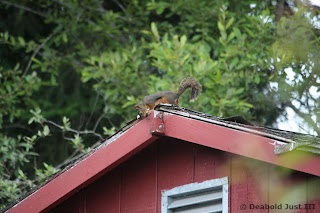 He has turned my outbuilding into his bachelor pad.  From his penthouse he went so far as to remove pieces of the recently installed insulation from the attic and carry it over one hundred feet through the yard to give it to his girlfriend who used it in the nest she was making in the attic of our house. I could not close up any holes while there may have been babies up there. 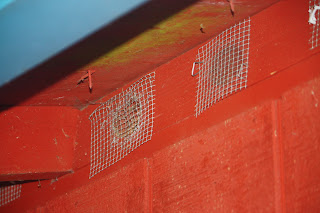 When I was able to find where he was going in and out of the out building I would cover them up... 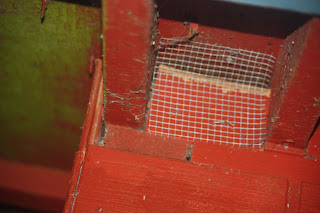 ...he would seek out alternatives. 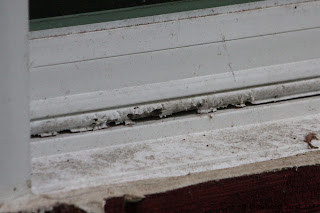 The window damage was bad enough, frustrated he then went and just opened up a hole in the wall as if to show me who really had the control in this dance. 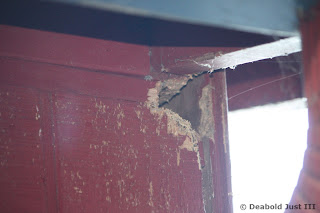 I filled this hole with expanding foam when I saw he was out of the hole tormenting the dogs from the Dogwood tree. I was going to cover the foam with screen the next day when it was not raining.  Well so much for that plan. He waited until the next  morning and beat me to the punch. Punched right through the foam. 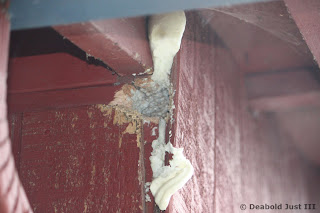 As well as destroying property Red has become crazed with the glut of food available this fall. He has already started to store food in places I know I can not screen off now with out denying him food over the winter. So our dance continues. 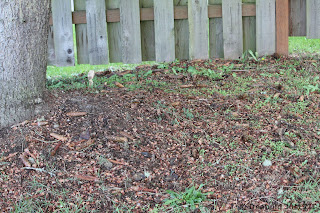 Red is in the process off harvesting Spruce cones and Sunflower seeds. Under the Spruce tree he has amassed a midden pile that is feeding the mushroom understory that he is also consuming. I do like the Prince mushrooms also but not enough to take them from Red.

Well the truth is... I like my liver and with all of the heavy metal contamination in our area from the defunct smelter upwind I figure the odds of Red coming down with cancer before something else gets him are pretty slim. 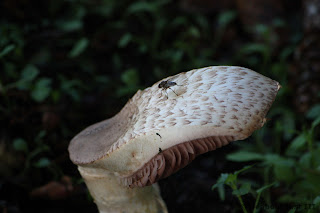 If Red doesn't get the mushrooms the flies do. This one is laying fast hatching eggs. The little maggots will ruin a mushroom within minutes of hatching. 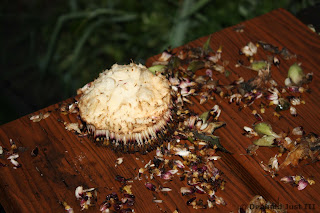 His table manners with the sunflower are just as bad. No, worse.   He is just throwing them everywhere.  I mean everywhere. He romps through the garage with his mouth bulging on is way to the attic where my wife swears he is moving  furniture around. Everywhere you look there are sunflower seeds and plant parts. It's like a sunflower Armageddon.

"I love the smell of sunflowers in the morning"!  Or was it napalm? 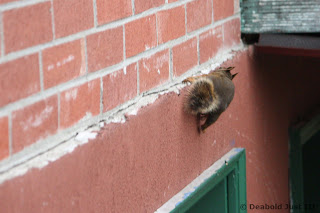 Gravity means nothing to Red.  Gravity...it's a law damn it... you have to obey it!!

Twice now I have rounded the corner of a brick wall and ran headlong into him as he was about to round the corner.  In that fraction of a second it takes the brain to react to the flight or fight response that takes over in such instances, Red's smaller brain has the hands down advantage. He always breaks eye contact first as he explodes leaving a cloud of seeds, fur and squirrel shit behind. His larger eyes in relation to the shorter distance the information has to travel in the almond sized brain allows him to bark, turn and run before I could shudder to a stop and yell "shit". I hate that. I hate that. I hate that.  Of course the dogs are usually with me and they react somewhere in between the squirrel-human  dynamic outlined.  This variable just makes my reaction all the more entertaining. 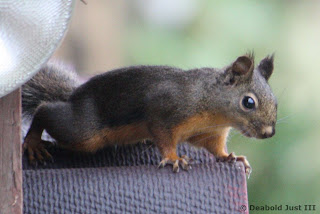 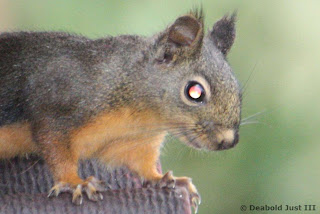 Turning the "EVIL" on! 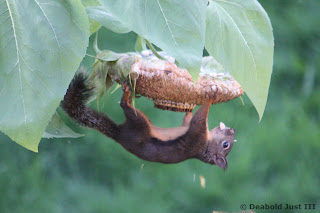 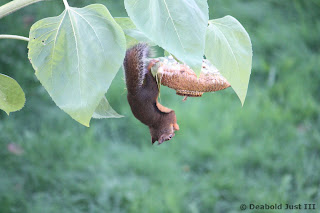 OK, now you're just showing off. Being a show off really doesn't help support you point of view.
And as Red gets to ravage this sunflower unchallenged... 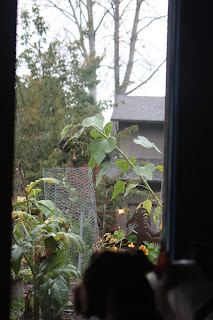 ,,,Phoebe looks on helplessly.
Time has passed.
These pictures were all taken about a month ago. I wanted time to pass to see how it would play out. Red has secured his food supply and become more secretive. He still barks out to let us know where he is and let us know he know we are there. He is not as aggressive or reckless.
I have thought about this and I think there was a bigger force at work here.  During the height of Red's antics there also was a lot of bird activity around the collecting of the sunflower seeds.  Chickadees and  Steller's Jays were the most active harvesters of the seeds with a few Pine Siskins and Gold Finches that would sneak in and out. What was of the most interest were the actions of the Anna's Hummingbirds in the yard. 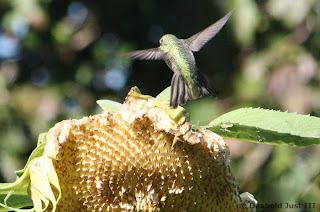 The Anna's were protective of the sunflowers. When the male Anna's caught birds feeding he would drive them off but the hummingbird would not approach or challenge Red.
The male humming birds were going through a pseudo-spring where they were acting territorial and preforming their courtship flights. This is where the male Anna's silently flies straight up into the air from a perch then turns and rockets earthward turning upward sharply at some point in space where he thinks it is right and the feathers create a sharp and distinctive "chirp".  The Chickadees, Juncos and Bewick's Wrens were also singing garbled and shortened versions of their respective springtime songs. I think they were all under the influence of a pseudo spring. They amount of daylight in each day was the same as it would be as if spring were coming on. This daylight window along with clear and mild weather was topped off with the abundant food supply.
Just a though.  Just throwing it out there to see who it pisses off,?
Other thoughts? 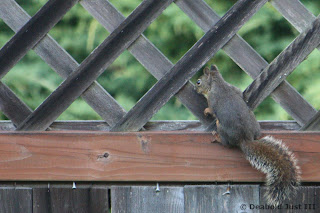 As easy as Red's life seems to be, he is constantly on guard to protect his way of life. One eye one everything that moves, his food, his girl, his world. He has to be aggressive, alert and an asshole.  The dogs are no real threat to him at all. They can not run up the walls or climb the tree. The only threat I pose is if I step on him as he is shitting and getting out of my way at the corner.
There are others in the neighborhood who are keeping an eye on Red and his domain. 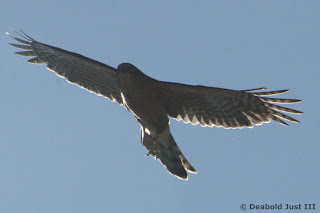 And that is where is is keeping his other eye.

Posted by birdmandea at 6:07 PM

I love your writing style...it is always fun and informative...You use so much of my language, lol.