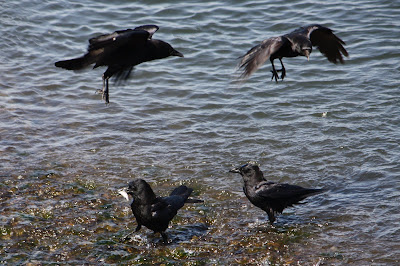 The waterway near my home is a frequent source of my photography and Blog entries. I invite you to read older entries so you may get a better understanding of the overall environment described here.

I took the following series of photographs on May 16, 2008 around 11:15 AM. It has taken me a while to filter through the scores of shots taken in a few minutes. I now realize that as I was firing away I was missing what was really going on. I feel these photos best convey this story. 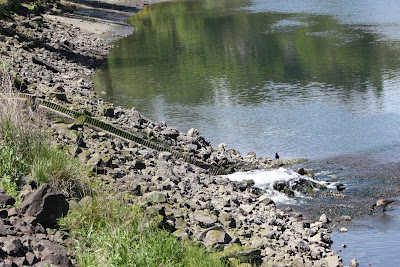 Discharge chute.
On the southern side of this waterway there is an eighty-plus acre parcel of land which is covered by a closed wood processing plant. The hills that surround this piece of land are drained by an underground stream and directed to an outflow pipe downstream of a 16 foot high dam. In early April of this year 200,000 Coho salmon hatchings were released at the dam. Over the past few weeks the young salmon have been moving back and forth with the changing brackish waters adapting their body chemistry to prepare them for the next four years at sea. After their four year absence they will return, spawn and perish.
Bald Eagles, Osprey, Great Blue Herons, Terns and Common Mergansers are only a few of the numerous predators that have been feeding on these small fish since their release. This particular location does not offer any cover from which to photograph the wildlife that collects at the discharge point at low tide. On this day the sunlight was at the right angle, intense and shining on a Great Blue Heron at the turbulent pool at the bottom of the discharge chute. It was worth taking the chance to sneak up and get a nice “head shot” while it was feeding. I never had a chance, the heron’s eyes locked onto me the moment I got out of the car. Like I said there is no cover here, I would try anyway. 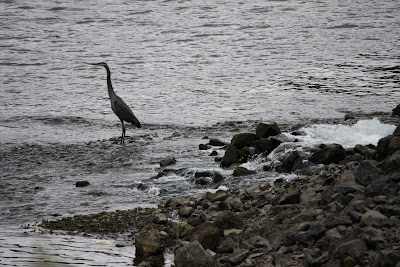 I did get this photo of the Heron from the other side of the discharge chute a few days earlier. 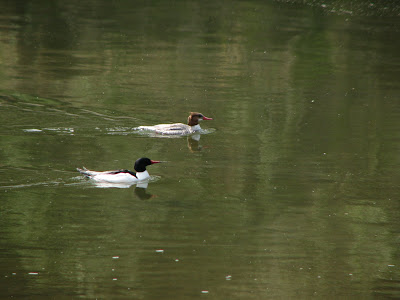 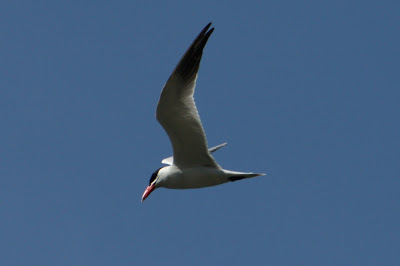 As the heron flew off a small group of Common Mergansers swam to deeper water. I had not notice the crows but now they were all that was left. They were intently focused on the surface of the fast moving water one half to six inches deep. They were fishing. The angle of the sun behind me was in the crow’s eyes. That did not really matter, they were so engaged with their fishing they never noticed my approach or my taking a position. I began taking photos trying to frame the “perfect” picture of a crow catching a fish. After a few moments I was able to slowly work my way down the embankment a short way to a better position.

After getting a number of photos I began to “see” what was going on. There were two very wet crows actively fishing and moving their catches to shallower water then passing the fish off to a group of five to six dryer crows. 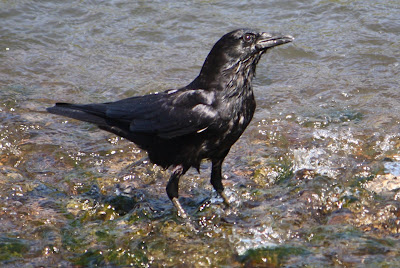 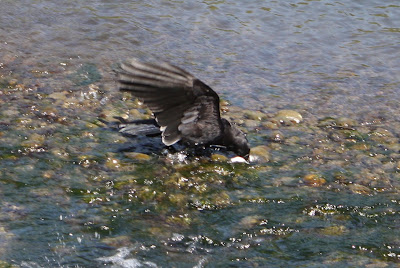 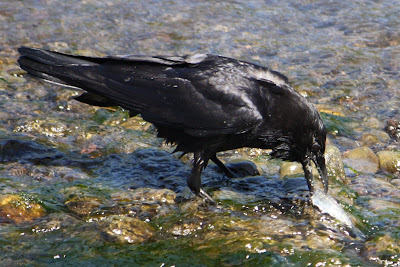 The maiming.
Before the wetter crows dropped the fish for the dryer ones they seemed to purposely reposition them and drop them a few times. This process “maimed” and starved the small fish of oxygen making them easier for the dryer crows to handle. 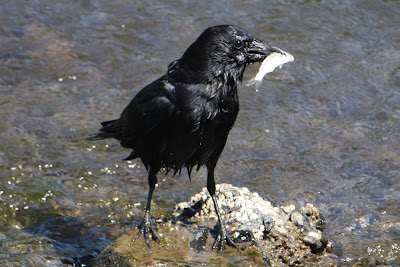 A short wait for a hand off. 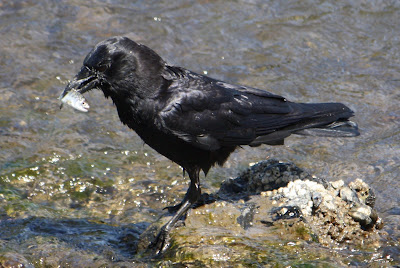 That "perfect" shot I was looking for?
The wetter crows snapped up the small fish as they struggled in the shallower waters and at times actually dove into the deeper water submerging themselves to catch fish. The dryer crows ability to pick up the fish varied from bird to bird. Some struggled to re-catch the fish delivered by the wetter ones. Sometimes the wetter crows had to come back and re-captured the fish and “give’ them to the dryer ones more than once. 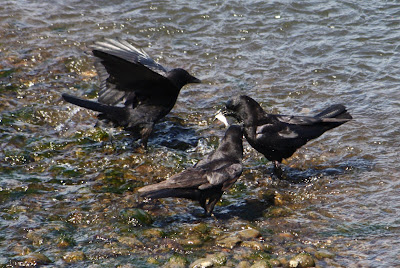 The hand off to the dryer crows.
Once the dryer crows secured the fish they immediately departed for the distant tree line. They flew with a directed purpose and did not consume the fish they were picking up. Over the course of my short encounter I saw eight fish carried off. I do not know how many left before I realized they were leaving or for how long they had been doing it before I got there or how long they continued after I left. It was a fish catching frenzy. I quietly eased myself out of the area as the crows continued to collect fish in this manner. 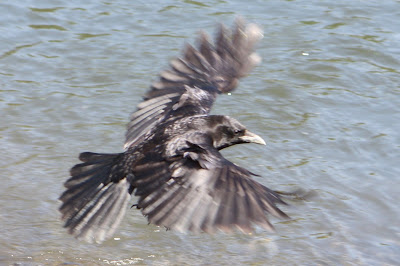 
Please remember, I am an amateur and there may be room to interpret my following conclusions.
These crows were co-operatively collecting small fish and taking them back to nestling in the distant tree line. Older birds who had acquired these fishing skills were passing wounded fish to younger crows using them as a means of transport and training them at the same time. I believe it is understood that non-breeding and juvenile crows from previous years remain with the family group and help care for the young of the current year. During this extended family period they gain skills that are passed along from the older birds and learn how to exploit seasonal food sources.

Regardless, I feel privileged to have witnessed this intense and well orchestrated activity and I am honored to be able to share it with you.
Posted by birdmandea at 5:10 PM