Just over a year ago I made and installed a fountain in my our garden. I would like to share some photographs of a few the visitors we have had so far. I need to install another fountain elsewhere in our year later this year. I will Blog it so all can see how easy and important it is.

This fountain was made from a high pressure gas cylinder, the end of a propane tank that was mounted on a pickup truck, a bronze flange from Boeing Surplus, some spot welding tong tips , some gas calibration cylinder tops and gravel. I bought a $3.00 115VAC pump from a discount tool place and wired to a circuit breaker in a nearby garage then buried the cable in conduit out to the garden.

This is not a good example for a "starter" fountain. I have welding and metal working skills that allowed me to make this heavy piece stand with out falling over and hurting something

There are many responsibilities when placing water out for wildlife. Birds are very susceptible to the spread of disease when interacting at the focal point of water. I will talk about that later when I make a fountain with you.

Meet some of my birds 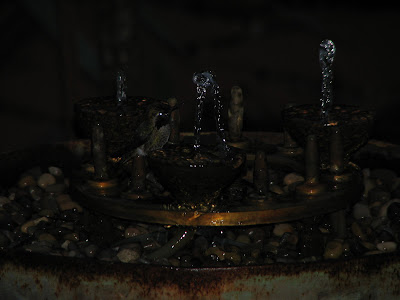 An early morning bath and drink for this Male Anna's Humming Bird. This photo was taken in February. 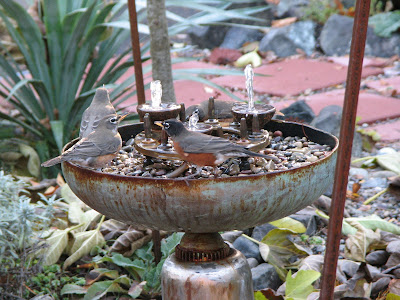 During the fall migration last October, over 80 American Robins converged on the fountain. There were as many as nine birds in the fountain at one time. Here one male and three females share. 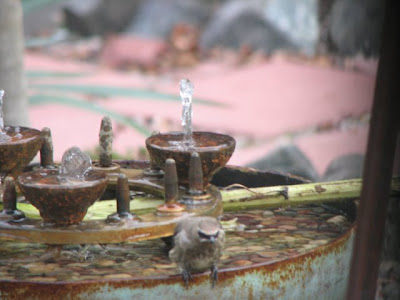 This is not the best photo of the group but it is the rarest. This is a juvenile Cedar Waxwing. 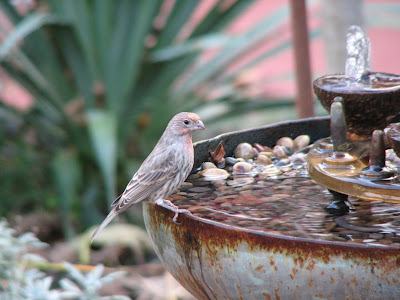 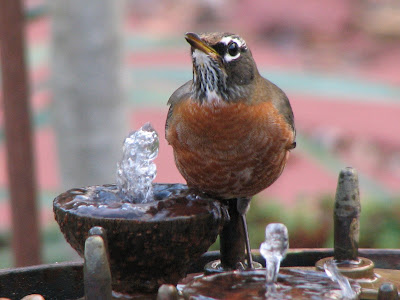 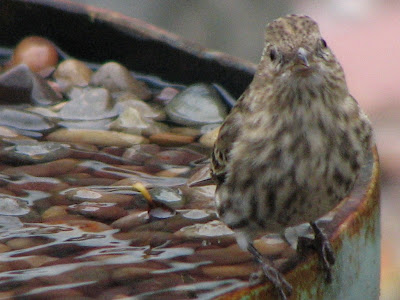 I was caught by this Male Pine Sisken and he charges forward causing the focal plane to miss him. 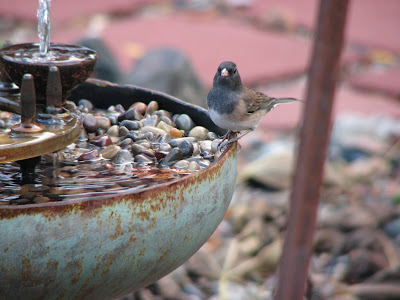 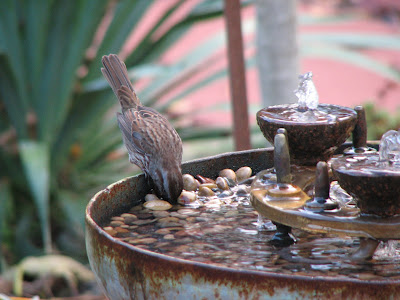 This Song Sparrow "owns" the fountain as well as the whole front garden to include all Black Berry bushes that can be seen while perched from the top of the Mulberry tree.

In January the temperatures were below freezing for several days. Few sources of open water were to found after two days. This fountain was the only source for many of the birds in the near by woods. 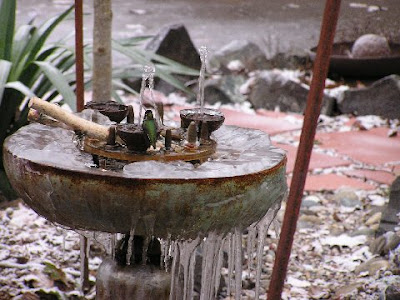 Look close. Yes that is a Male Anna's Humming bird sitting there and BATHING! 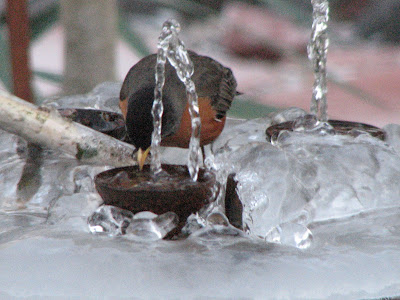 When the water started to freeze I put pieces of Birch branches in the water so the birds would have a no slip grip. Here Male American Robins sips. Each morning I removed ice and replaced the water. There were times when the moving water made complete shells up to an inch thick. The pump never failed. 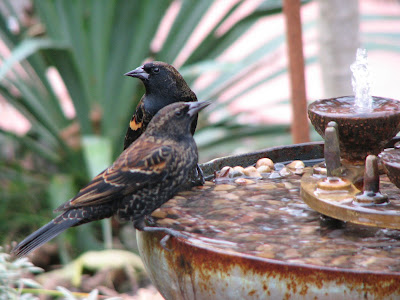 A pair of Red-winged Blackbirds in fall colors 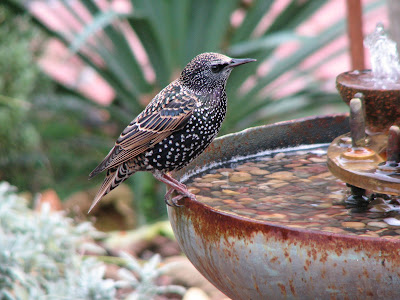 European Starling in winter colors. This bird is an unwanted pest bird introduced to North America in the 1860"s?. Vilified by many you have to admit it has it's moment. 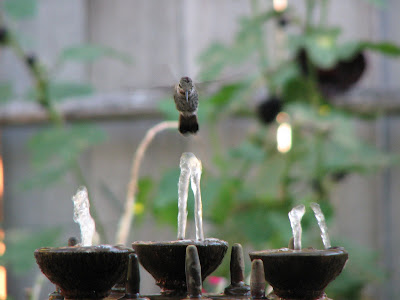 During the summer months a Female Rufous Hummingbird and her one offspring seen here would take long baths and drink while on the wing. 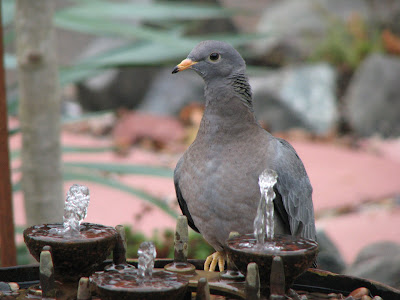 Band Tailed Pigeon. The first time I saw a small family of these birds come to the fountain I almost dropped the camera. I have never gotten this to close to this shy forest dweller. No picture I took of them would ever do them justice.

Take care.
Posted by birdmandea at 6:26 AM