Yesterday started out spectacular. For those of us here in the Northwest it was one of the most beautiful mornings so far this spring.
I went to the creek early. No Osprey’s on their nest. Not surprising, with good weather they were probably far out in the Sound looking for fish. At the Bald Eagle nest an adult sat majestically surveying the waterway below. There was a distinct lack of water fowl in the waterway but that is what happens when the weather is good, everything moves out to open water to feed. 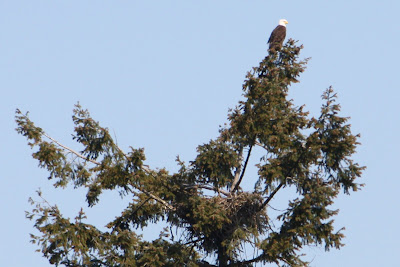 Up past the dam the young Coho salmon were still jumping like crazy. Every few seconds there was a splash. I had expected to see the Osprey sitting in their favorite tree but it was empty. No eagles were in the cedars lining the upper shallows. Pretty dead. I wanted to see if the last of the Canada Geese that were nesting had hatched out. It had been a few days since I was by and at first I did not see the Male patrolling his area. Suddenly traffic crossing the narrow bridge came to a stop as a family of geese were crossing the road. Was it them? They waddled to the water and swam under the bridge moving toward the dam.

It was not them. A few minutes I found the diligent male near by and later saw the female still on the nest. 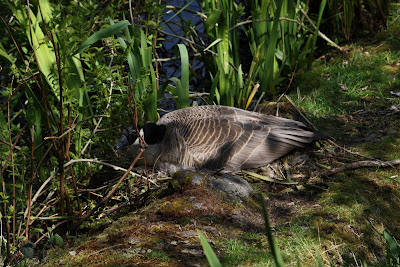 So that was a wash, I headed out enjoying the warm bright orb we here in the Northwest see so seldom this time of year. I crossed the road to see if I could get a closer look at a Great Blue Heron I had spotted. 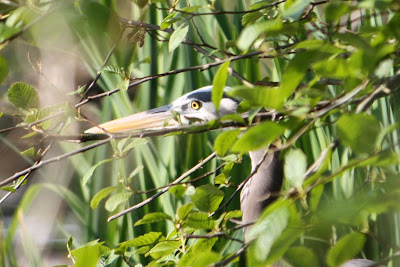 As I crossed the bridge when a small brown bird on the road caught my attention. It was a Northern Rough-winged Swallow. I have seen these in the past but not here and never this close. I moved in to get a closer look. 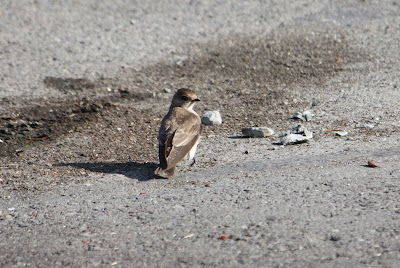 Just inches in front of me a Tree Swallow with a piece of dry grass three times it’s own body length zipped by. As the mental words “there must be a nest near...” My eyes tracked the swallow to a newly placed nest box and the swallow disappeared in the dark spot leaving the piece of grass protruding. Someone had just put the boxes up within the past two or three weeks and the swallows are taking full advantage just in time. I moved to a point where I could sit and watch with out the swallows seeing me. 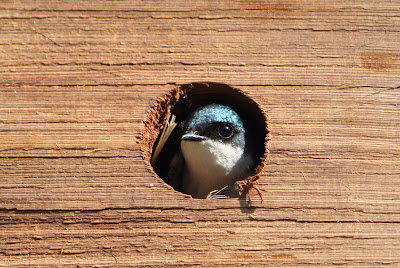 The swallow in the box flew to the wire above and a second swallow appeared. The following should explain what happened nest. 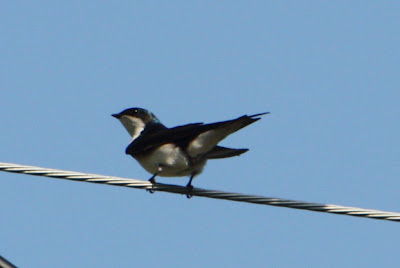 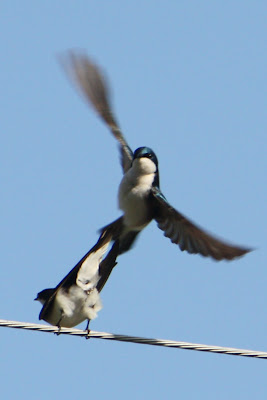 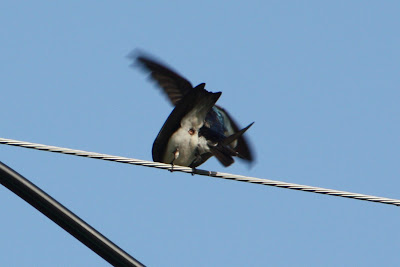 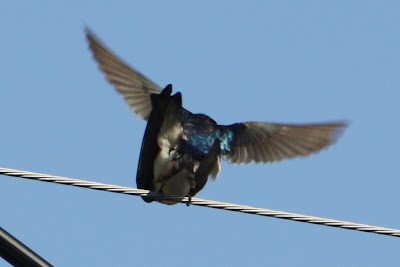 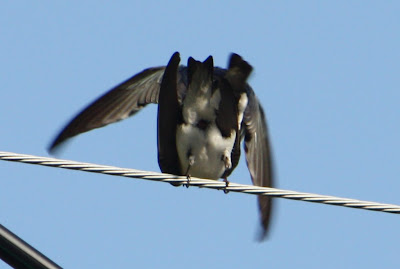 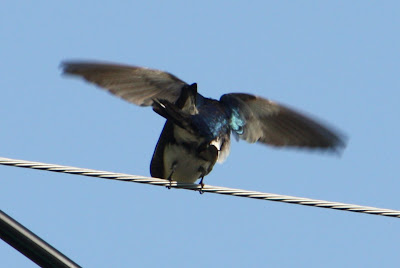 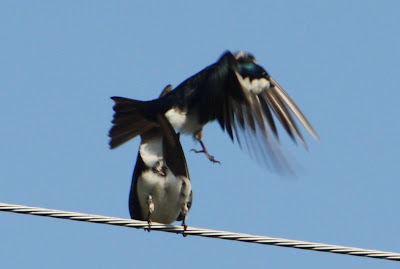 I am looking forward to future chances to photograph the swallows in flight near the box and the faces of the young over the next few months.
More later, take care.
Posted by birdmandea at 3:44 PM

Thanks for sharing. The photo of the tree swallows look good with thier antics. I am still a novice in identifying the birds and the blog is helping.