I was out early this morning. I wanted to get photos of the Tree Swallows on the nest box with the great morning light we were having today. I was also hoping to get closer to the King Fishers I had found the day before. The sky was clear but the winds were high and making whitecaps on the South Puget Sound waters between Day and McNeil islands.
Usually when the weather is bad out there the birding is good along Chambers Creek. No Ospreys or Bald Eagles were seen on their respective nests. I did see one adult Bald Eagle several hundred feet above the area but it never came down.
I did get some nice Tree Swallow pictures but I did not have any luck with the King Fishers. The winds make it hard for them to fish. 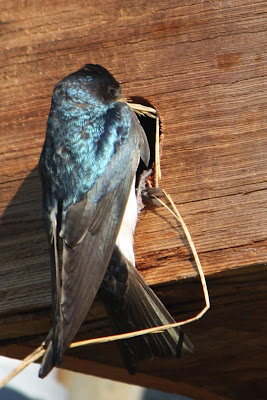 I headed home. As I rounded the bend in the road I spotted a Great Blue Heron near an outflow pipe. I began planning how I could stalk this bird keeping the rising sun behind me when I saw a large white plastic bag floating on the water. A second look at the "bag" reveled that even from a distance it was a Swan and it was with in feet of the next pull out along the road. I pulled in slowly and quietly got out of the car and did not close the door. 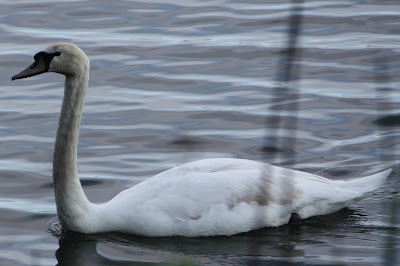 Right at the shore line next to a pullout. 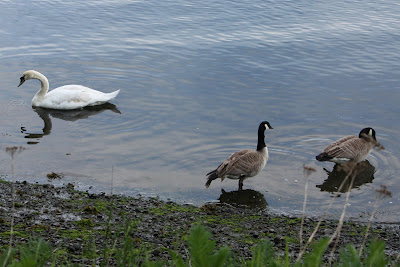 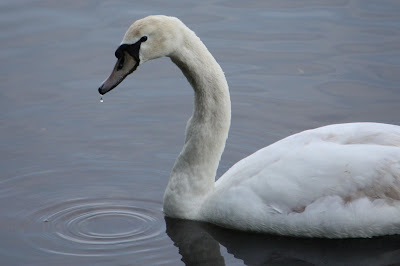 It was right there. It did not startle when it saw me and began feeding. I took about twenty pictures. I was able to get photos with Canada Geese in the same frame for comparison as well as a photo showing landmarks to verify the location of the swan. 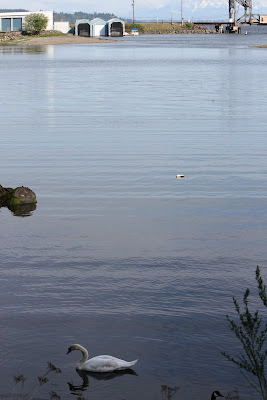 The Olympic mountains in the distant background.
When I got home I grabbed my "Sibley" and went to page seventy-two. A Mute Swan? Now I am confused. If I am right and it is a Mute Swan, where did it come from? I thought they were illegal to own in the State of Washington. 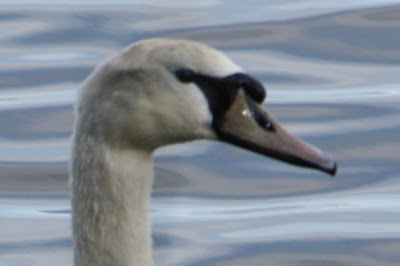 Do You Know this Bird?
If any one out there knows something about this bird and would like to share I can be reached at

I also have photos posted at

What a fantastic blog, thank you for all of the beautiful photos.